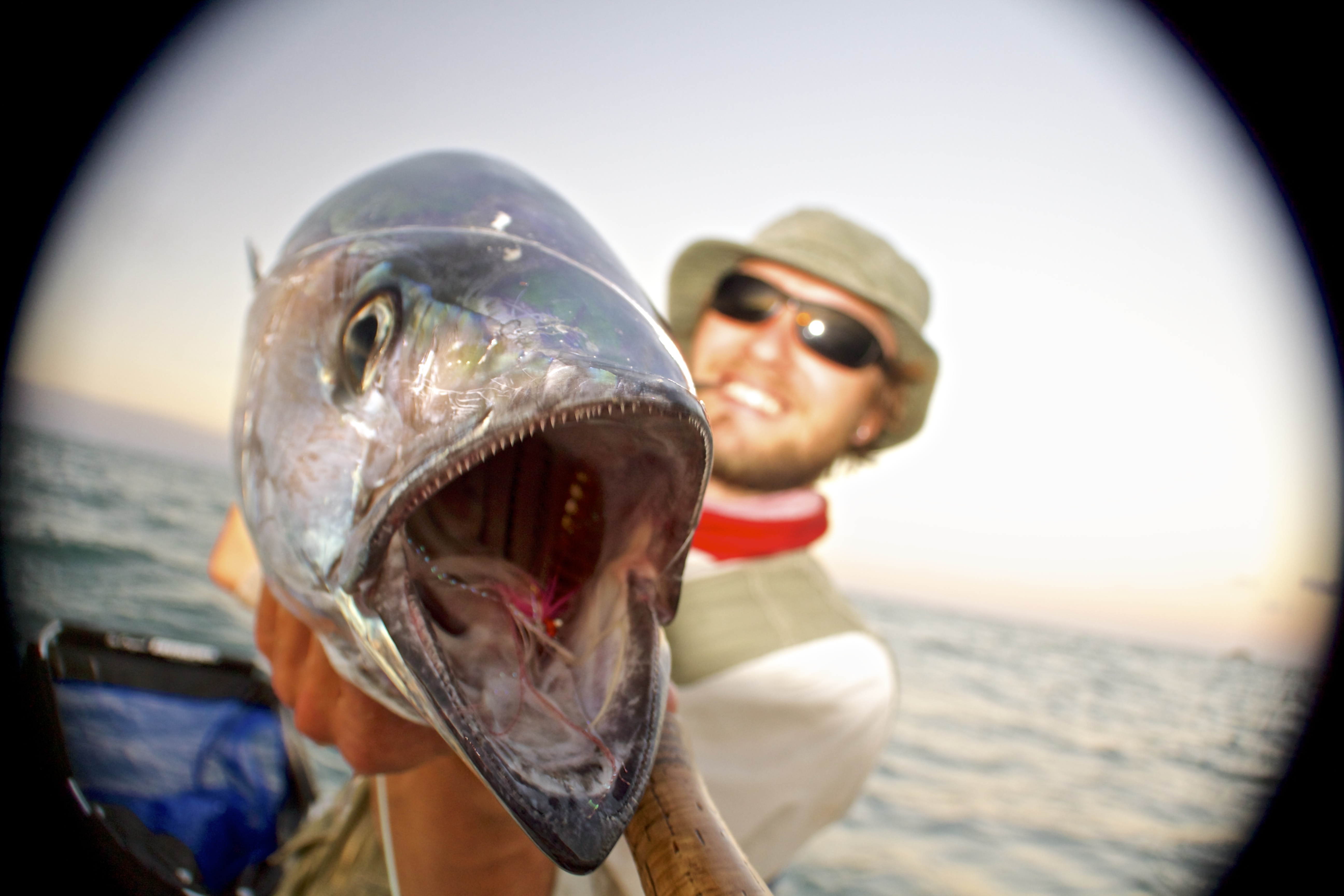 When I met Tim around ten years ago we immediately connected through fishing. Ever since then he has been desperate to catch a Tuna.  Up until this day Timpson had managed some rotten luck. On days when tuna would be working everywhere, Tim wouldn’t have the gear. When he would have the right gear and hook one, the fish would spit the lure. It didn’t seem to matter whether the fish were big, small, picky or indifferent, tim managed to have some shocking luck when landing Tuna.

After a fairly slow morning session fishing coral flats we had decided to retire for lunch. We headed back inshore and made our way towards the stove and quickly knocked up some lunch. We retied all our leader knots and got ready for a short but hopefully effective afternoon session. Unfortunately for my legs, when walking back down the hill to where our tinny was moored, we realised that we had forgotten the refill tank of petrol.

When I returned to the water front, Timpson mentioned to me that he noticed birds working only a few hundred metres from where we decided to anchor the boat before lunch. I lamented that they were ‘only soots’. Sooty terns are notoriously misguiding and you can often find yourself chasing shadows when terns are all that is around.

Never the less we pursued the birds and luckily for us, they weren’t misguiding, there was long tail tuna under those birds.

After chasing and chasing Tim and I had all but given up on the idea of hooking a Tuna. The sun was setting and it didn’t seem to matter what we through in front of them, they just weren’t interested. We decided that we would have one final attempt at getting onto a fish before it was time to head in.

We pulled up to a school and both made casts. I was using a 9WT TFO Mangrove with a 3-Tand T-70 and a Pink Thing while tim had decided a 5″ Zman bubblegum Streakz was going to do the damage. Suddenly, the fish dove. Tim and I looked at one another and there was a look on both of our faces that said we should show hooks. Just as that was taking place the fish erupted around the boat. Tim and I started to work our lures and just as we had done before; we looked to each other and at the same time screamed “yep!”.

There we were. The sun setting, in a 10 foot roof topper and a double hookup on Tuna. Screaming runs and virtually no ability to steer the boat with any great regularity meant that a game of aquatic musical chairs had begun. We switched positions and then switched again.

After half an hour, we had landed our fish. Tims first ever Tuna and my first on fly. Though, I can honestly say I was more happy for Tim. The photos say a thousand words when you know how unfortunate his pursuit had been in the past. 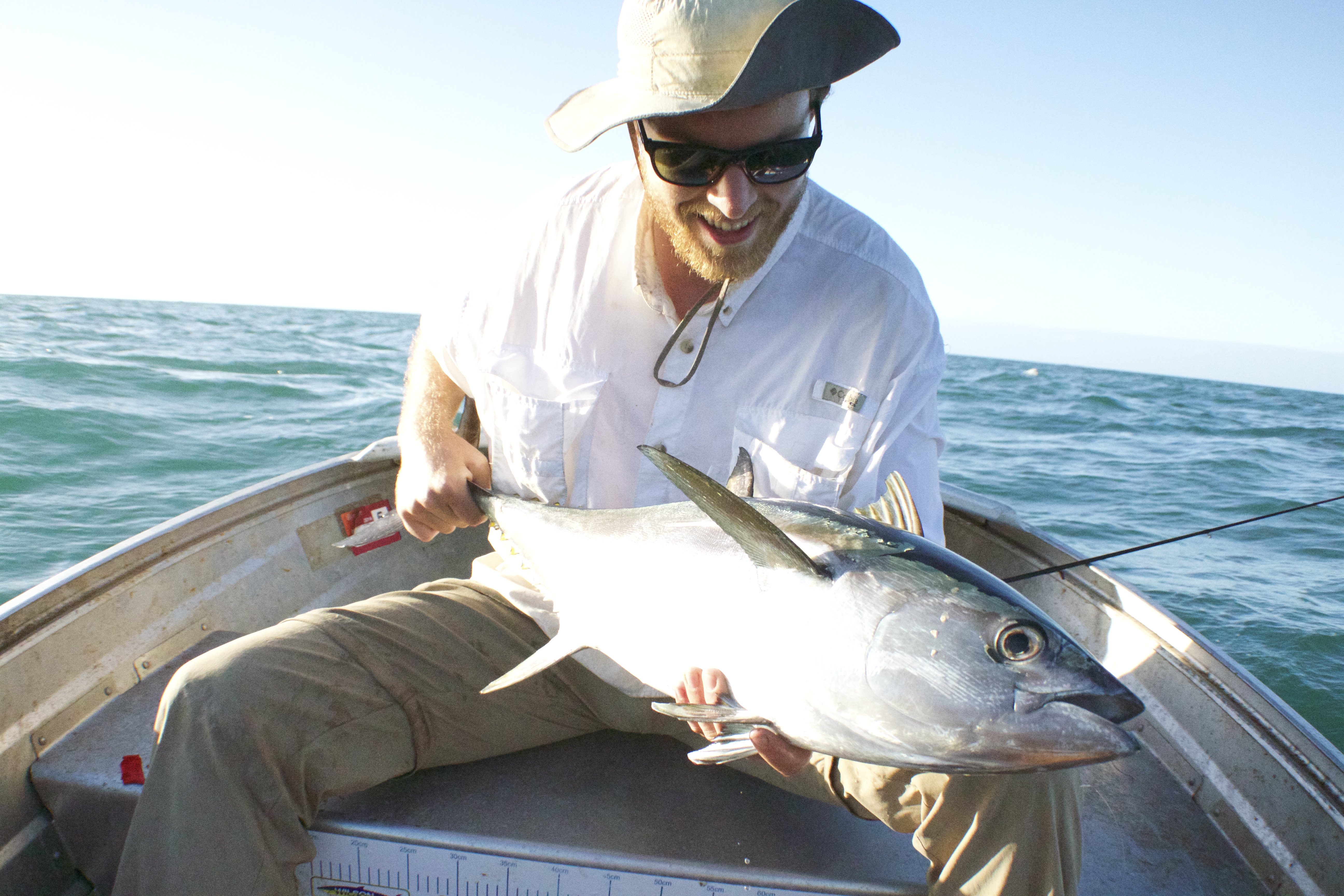