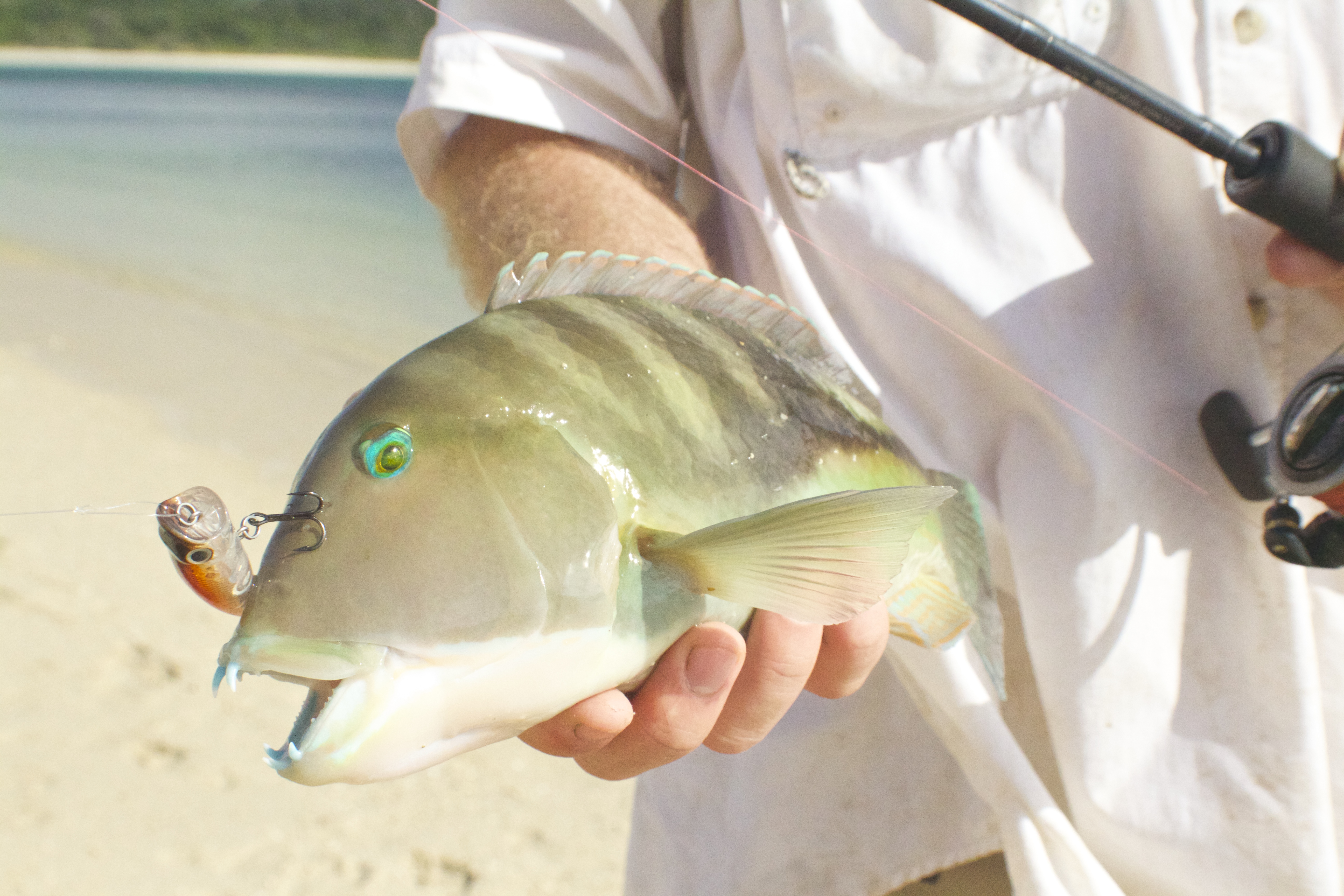 To many, far-north Queensland is a place renound for its pristine beaches, stunning coral reefs and frosty 25 degree winter days. Despite the picture perfect setting, our days in FNQ were being plagued by 20 knot south-easterleys & unpredictable swells. After a couple of attempts to make the 1km journey into open water to our mackerel stomping grounds, we were forced to turn our mighty 3.1 roof topper around and take refuge on the beach of one of the many coastal islands dotted along the QLD coast.

Despite our chances of tucking into ginger-soy mackerel for dinner being all but dashed, our spirits were quickly buoyed by the vast schools of hardy heads sandwiched between the shoreline and fringing reef.

Our imaginations began to run wild with the possibilities of picking up a few queenies, trevalley or maybe, if we were really lucky, a stray coral trout.

We both downed the big rods and picked up our lighter weapons of choice – mine being a 6wt TFO Mangrove/3-tand fly outfit and Tim a Shimano Symetre Diawa Generation Black  combo.

Every now and again we would spot bait erupting through the surface of the water but un-able to locate what was terrorizing the schools. As the tide ran out the baitfish was pushed right up to the shore line. As we discovered, it was to be to our benefit. The beach end to end was packed with big hardy heads and with regularity flashes of olive green would storm through the bait. Our job was to watch the approaching fish and make a cast to just in front of where we thought they might be headed. After that it was sit back, hang on!

By catch in this type of fishing often consists of Barracuda and Long tom though occasionally, the reef throws up something deliciously different. 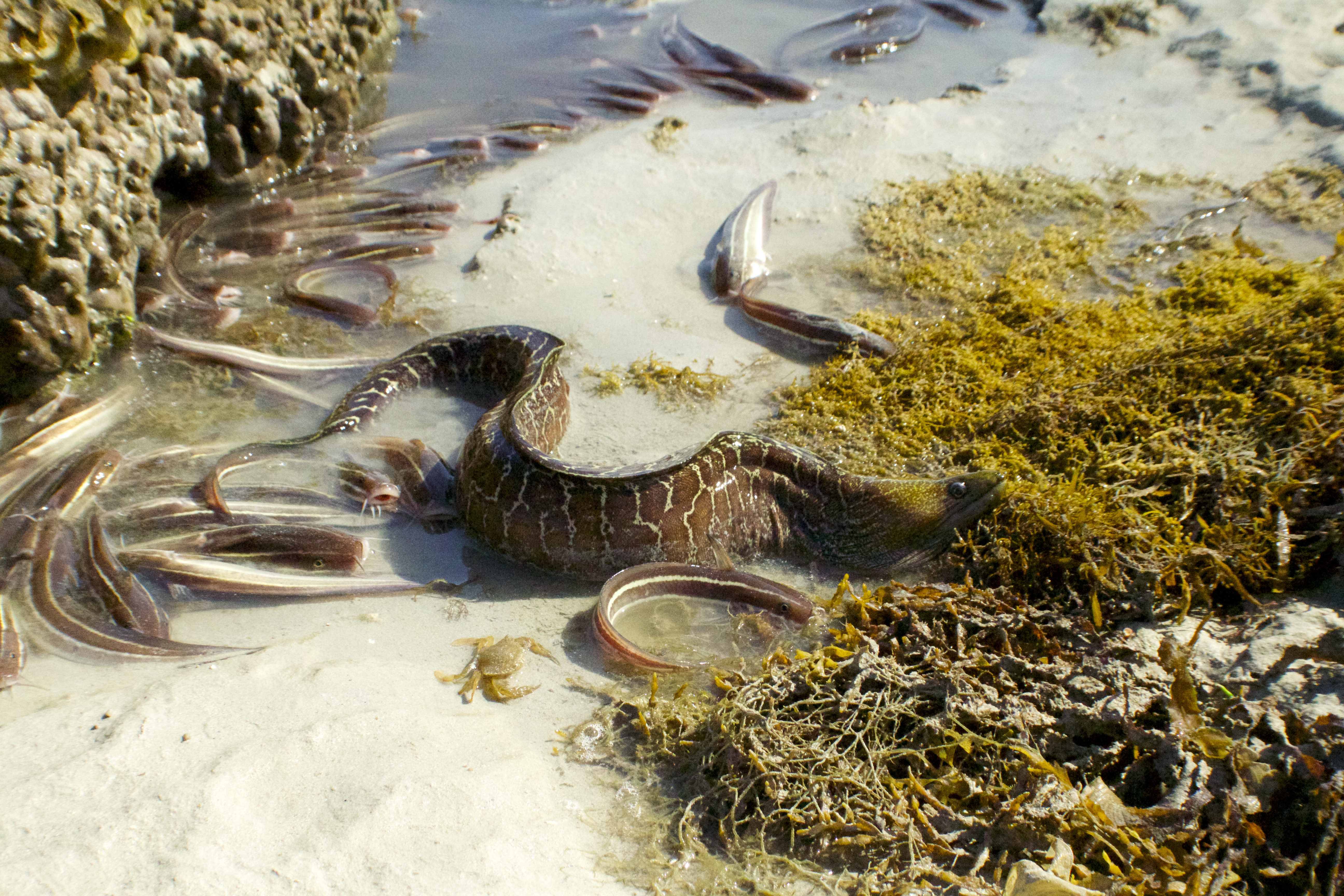 Being in those environments can make you stop every now and again and appreciate the raw beauty of where you are. 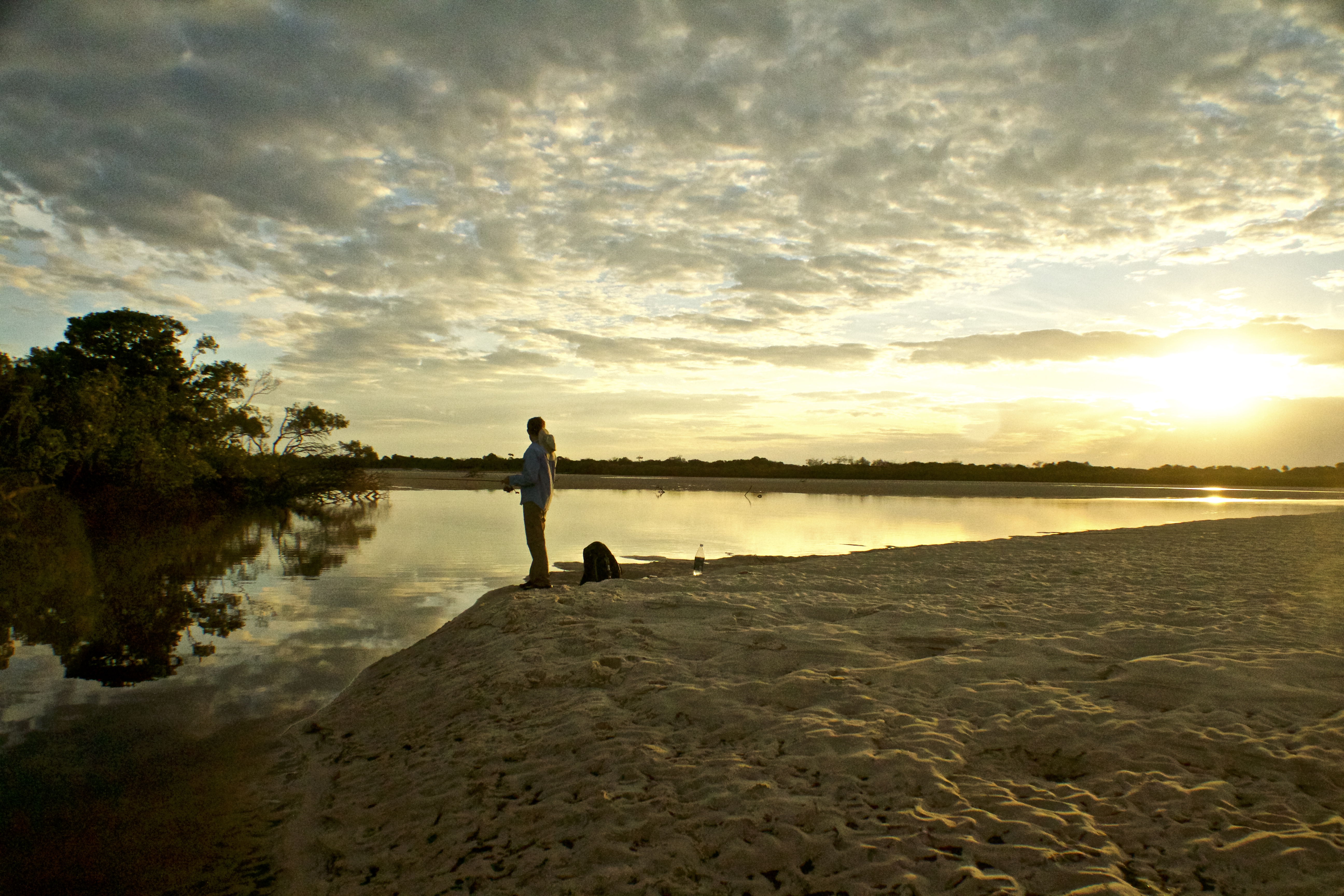